It has been just over four months since we moved from Hoboken to Basking Ridge, and we’ve settled in nicely, for the most part. We really like it out here, and everyone is adjusting well, from yours truly, to Mrs. 9, to 0.9, and even the cats. 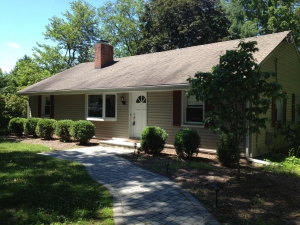 The positives definitely outweigh the negatives. I mentioned some of these things in a previous post, but that was months ago, and most people online don’t have any attention span, anyway, so here goes:

There are a few things I’m definitely having trouble adjusting to, however:

Mrs. 9 and I were talking about this the other day: Despite the fact that we’ve been here a little over four months, we both still have the feeling that we’re on vacation, and that we’ll have to pack everything up one day and go back to our apartment in Hoboken. This place is very much like home, but there are times when it feels like the beach house on Long Beach Island that I was part of for years: You feel at home, but it’s still not your home. Obviously, it is, and we will not be returning to our apartment in Hoboken, or any apartment, for that matter. But there are times when this move still doesn’t seem real or permanent.

Overall, I have no regrets: This was a wise and necessary move. Are there things I miss about Hoboken? Sure, but not enough to make me wish we had never moved here. And there are some treats coming up this summer, as we will hopefully join the local pool, and I will try to get a spot in an over-40 (fuck you in advance for what you’re thinking) softball league.

Yeah, Basking Ridge doesn’t suck. But why is it so fucking dark?

3 comments on “Nine in the suburbs: Why is it so damn dark out here?”