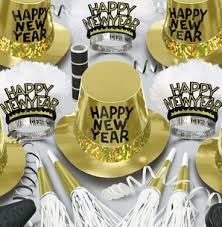 In my younger days, I used to really enjoy New Year’s Eve, but the past few years, it’s become more of an irritant than something to look forward to. I vented about it in a blog five years ago, and my mood toward this holiday has only become darker in the past five years.

Yet people seem to feel that it’s mandatory to spend $100 to get into a crowded, hot bar, when there’s no way in hell they’ll get up to the bar enough times to drink their $100 worth. Bartenders are often grumpy because most people don’t bother tipping them during all-you-can-drink nights, so they’re in no rush to quench your thirst. Going to the bathroom is a mission. And when it comes down to it, there’s often no difference between the bar on that night and the same bar on any of the other 364 nights of the year, aside from goofy hats and noisemakers.

All of the above still holds true, but, unlike when this was written five years ago, I no longer have my favorite bar as an option, since Ted & Jo’s is no longer with us. Among the many reasons I loved Ted & Jo’s, New Year’s Eve was just another night. There was no outlandish cover charge, and most of the people there were the regulars, whose company I enjoyed on a regular basis. New Year’s Eve was fun there, and the bar is sorely, sorely missed, by myself and countless others.

The past couple of years, my wife and I have had a few people over for dinner and drinks (in the interest of accuracy, she was my girlfriend the first time and my fiancée the second time, so this will be our first New Year’s Eve as husband and wife). It’s been fun — nothing to yell and scream about, but pleasant company, and avoiding all of the things I mentioned above.

So why is it that when someone asked what I did, I feel so lame responding, “Nothing special. We just had a few people over.”

Anyone who knows me knows that I can still throw back quite a few cocktails when the mood strikes me. Just ask anyone who was around after my team won the softball championship, or anyone who’s ever been to a Friday-night Yankees game with me. So it’s not like I’m worried about my reputation, or about people thinking I’ve become old, married and lame (Silence!).

What am I doing for New Year’s Eve? I have no fucking idea. Whatever.